Welcome to my blog! You will find entries about projects, research, concerts, past events and more. There are more entries than what appear so make sure to click on page 2 or see the archive list to the right. Links to past email newsletters are posted on the bottom right. 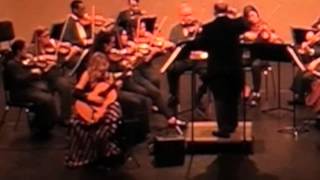 Vivaldi with the National String Symphonia

I was asked to speak about guitar concertos for lecture engagements and discussed Vivaldi’s Concerto in D major, rv 93 among other works. During preparation for these talks, I listened to many performances ranging from those produced by Baroque ensembles to modern orchestras. I also collected various arrangements for study and comparison. At nearly the same time, Nora Suggs and Satori were planning their upcoming chamber music season as well as an album in celebration of the